I’ve written before about the symbiotic relationship between me as a writer of fanfic and the fanfic fans who read what I write, about how they can inspire me and fill me with joy. I’ve also written, though, about how I really only write fanfic for myself, because I have no other choice. Like any author, I have stories that stamp up to me and grab me by the nose and scream “WRITE ME NOW DAMMITALL” and won’t leave me alone until I satisfy them. That’s the creative life, I think.

The glorious thing about a really small fandom is that we all get to kind of know one another. When you’re one of a very small number of contributors to a fandom, you kind of get all the fans, because they are looking for any content they can get. It gives you the chance to get to know them, to form relationships, to collaborate if you so desire.

It’s not something I ever went looking for, but YE GODS am I glad I found it.

The Mighty Max fandom is tiny. I mean, for serious, it’s tiny. The number of people who remember the show is small to start with — the number who like it still and like it well enough to go seeking fan-created additions is miniscule. If there are more than 500 of us online who actively consume Mighty Max fan-stuff, I’d be shocked. I only ever get around 100-200 hits on any given MM story, and fic isn’t everybody’s thing so I don’t expect to grab the whole community. In a world where every person and their great aunt has read/written/drawn for/imagined/begged for Harry Potter fic, to say nothing of the rest of the art, crafts, etc., that is a drop in the ocean.

But just because we are small does not mean that we are not mighty, or that the fans who join us are not awesome. Because they are.

Yesterday a piece of art was debuted on Twitter to me by a friend in the fandom. We are not IRL friends — this is a person who read my MM stories, liked them, and sought me out. It is also a person who has such an amazing capacity to see what I’m doing with my writing and build on it. Now, this person tends to build out in one direction and I tend to go in another, but that’s what makes it so very excellent all around. Because now I have my work, my writing, my headcanon, and I’ve triggered an alternate universe that’s fleshed out and detailed and awesome in its own way alongside it.

But the thing…the thing is…

Let me say it again.

I love fanart. I love anything that people can draw for me, but most especially from my stories. My ability to draw is FUCKING ZERO, folks. I can’t manage a decent stick figure. I have absolutely, utterly no visual arts ability. I just totally suck at it. It’s weird, because my imagination is so visual. When I’m writing, I can picture my characters and their movements, their expressions, where they stand, how they hold themselves — it’s all in my head. But I just cannot reproduce it one tiny bit.

And, so, because my imagination is so visual and my ability to draw is so thoroughly nil, it makes me so, so, so profoundly happy when somebody draws something that I imagined.

This particular picture is of a recent OC I introduced into my long-running Mighty Max series, and it just about made me cry. It’s so perfect in every respect. It captures almost identically how I had envisioned the character — not just his look, but his attitude. His posture, the slightly defensive way he holds his shoulders, the pride in how he pushes his chest forward, the vaguely sour expression (since is a good guy who has made some pretty awful decisions and now his choices are no longer quite his own).

AND THEN THE SHADOW THING.

I just love every part of it.

But this is just one piece of art. This particular friend has drawn me dozens, I think — bits of character interaction that I wrote or didn’t write, bits invented in that alternate universe we chat about over email, wacky “what ifs” that made me laugh on awful days. But it so perfectly illustrates the point about the relationship between writer and reader.

This OC, and this particular MM universe, came out of my head. Birthed like Athena from the head of Zeus, it sprang from me nearly fully formed, and strode out into the world demanding to be seen and respected. But once that universe existed, it draw to it the kind of people who really understood what it was about, and they offered me much squee and enthusiasm. And from that came new ideas, and new energy.

I didn’t necessarily start writing the stories *for* my fans, but the energy to prioritize those stories over other projects certainly came from them.

But now that I am 19 stories deep into this series, I can say that the dynamic has changed a little. Because the 20th story that is being written right now would not exist without this particular friend, and without the pictures, energy, thoughts, speculations, and commentary. It’s not just that I wouldn’t have launched into Fate Is A Gift #20 without the support, but I don’t think FIAG20 would be what it is becoming without the input.

Today got away from me — I had 3 meetings and had to take a 2 mile walk in the middle of the day in order to set up to purchase the condo on Wednesday. But I am ready to finish the next chapter of FIAG20, and I have the pieces of the rest of it in my head. And I am absolutely positive that I wouldn’t be to this point if not for that constant and enthusiastic interest and speculation and excitement.

So, I don’t normally write for others, but FIAG20…I might be writing it for a particular fan.

And you know what?

After pages and pages of ideas and insights and alternate versions and FANART…this fan TOTALLY DESERVES IT.

And if for literally nothing else, for this UTTERLY STUNNING depiction of Bran: 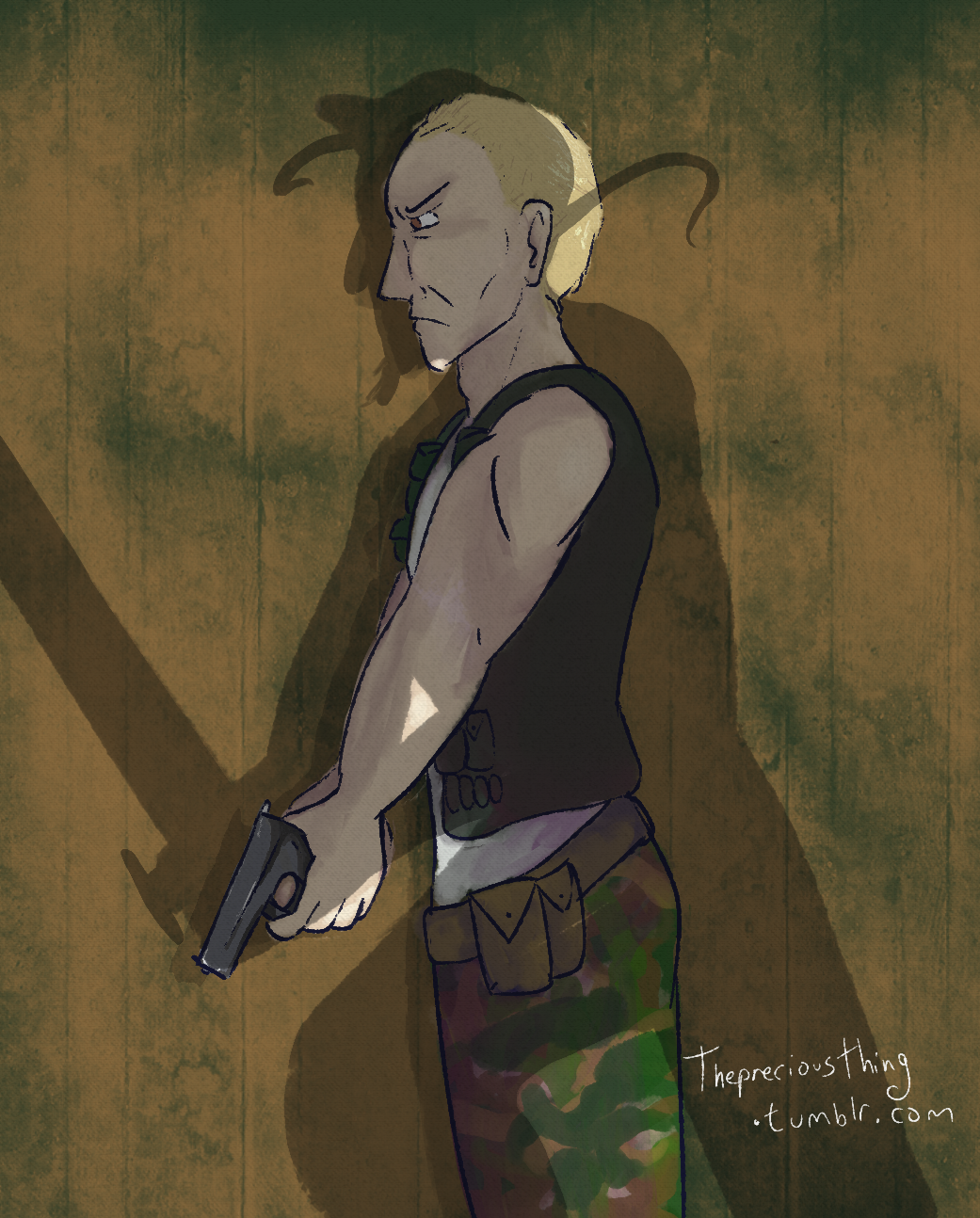