Since “RENT Live” aired over the weekend, this seems like a good time to tackle this song. Before I go into my own side of it, I want to make sure I acknowledge some of RENT’s major failings, specifically around intersectionality. RENT is a cornerstone for LGBT representation in media, but it has some big, big blind spots where it comes to race. As I saw @mollybackes put it on Twitter, “RENT treats Joanne and Benny as white people who happen to be black, and so disparages them for committing the ultimate sin of selling out without ever considering the fact that selling out might mean something different to POC tan to rich white kids from Connecticut.” I am not qualified to further break down the point, but it is valid and worth reading up about; check out @mollybackes thread on Twitter for more.

That said, there is a lot of positive in RENT. It doesn’t do enough, but it still does good. And if you can watch all the way through it and not come out crying, then you need your emotion circuits checked. It’s a powerful, human story, and what it does to lift up the LGBT community cannot be overstated.

But the first time I ever heard of it, I didn’t know any of that. All I knew was “Seasons of Love.”

If you happened to be in any choir in the late 1990’s, you probably know the song. I sang it every year in high school, and at least once in middle school. It became the anthem for “what do we put in our final concert of the year to sum up the end of school?” And, taken out of context, it’s a sweet song about using love as the benchmark by which you grow, by which you mark time. Taken out of context, time and love exist as comfy platitudes.

Put it back in context.

RENT first showed up in a workshop production in 1993, ending up on Broadway in 1996. 1995 was also the peak year of deaths of HIV/AIDS according to the CDC. To a middle schooler, or to a person looking back more than 20 years, it’s easy to forget that RENT was telling a very, very prescient story at its time. And while the focus may have been on love, that love was inextricably interwoven with grief.

I wasn’t there, but I have heard the stories.

People kept books of names — their friends, their neighbors, the people they saw in and out of daily life — so they could track which were alive and which were dead as the AIDS epidemic swept through the LGBT community. People were attending funerals several times a week, sometimes, for those who got funerals. So many died and had no service, either because family wasn’t willing to have an open ceremony for a victim of AIDS or because funeral services wouldn’t handle AIDS-positive bodies. Women in the community, particularly the lesbians who were less impacted by the epidemic, found themselves as the only support network left after a man’s friends and partners were all dead; some dedicated themselves to bedside vigils because there was no one left.

Think about that. Just think about it. Imagine if something was killing all the members of your community. You’re already marginalized, already stigmatized, already on the edge of constant disdain and violence and mockery. You hold tight to those who are like you, because that is all you have; sometimes even family and old friends have turned their back. And now you are dying, one by one, horribly.

And no one cares.

The government blames you. “It’s being part of this group,” they say. “Be something else, something not so different, and you’ll be safe.” The pundits scream that “THIS IS WHAT YOU DESERVE” for being deviant. The doctors don’t care because you are an expensive burden with no hope. Society as a whole gives a big shrug and figures, “well, at least it’s happening to people no one will miss.”

And still your friends are dying.

Eventually, but far, far, far too late, people wake up and realize that this isn’t just happening to weed out the undesirables — this is happening to PEOPLE. HUMAN BEINGS are dying and suffering and there is no explanation. Eventually money is allocated, political resources bring pressure to bear, advancements are made. But the damage is done. According to the CDC data, more than a quarter of a million people in the US died because of AIDS just in the years between 1987 and 1995. That’s 28,347 a year. 78 people every single day in the US alone.

Honestly, I cannot imagine it. I cannot imagine the pain, the helplessness, the fear, the grief. The sheer magnitude of the crisis. This now-famous picture is of San Francisco Gay Men’s Chorus was taken by Eric Luse in 1993. He captioned it, “The men in white are the surviving members of the original San Francisco Gay Men’s choir (sic). The others represent those lost to AIDS.”

Luse released the same photo in 1996, saying, “The Gay Men’s Chorus posed to illustrate the impact of AIDS. Those dressed in black, with their backs turned, represent those who had died. Today, all their backs would be turned because the obituary list is now 47 names longer than the chorus roster. For each man singing these days, more than one chorus member has died of AIDS.” 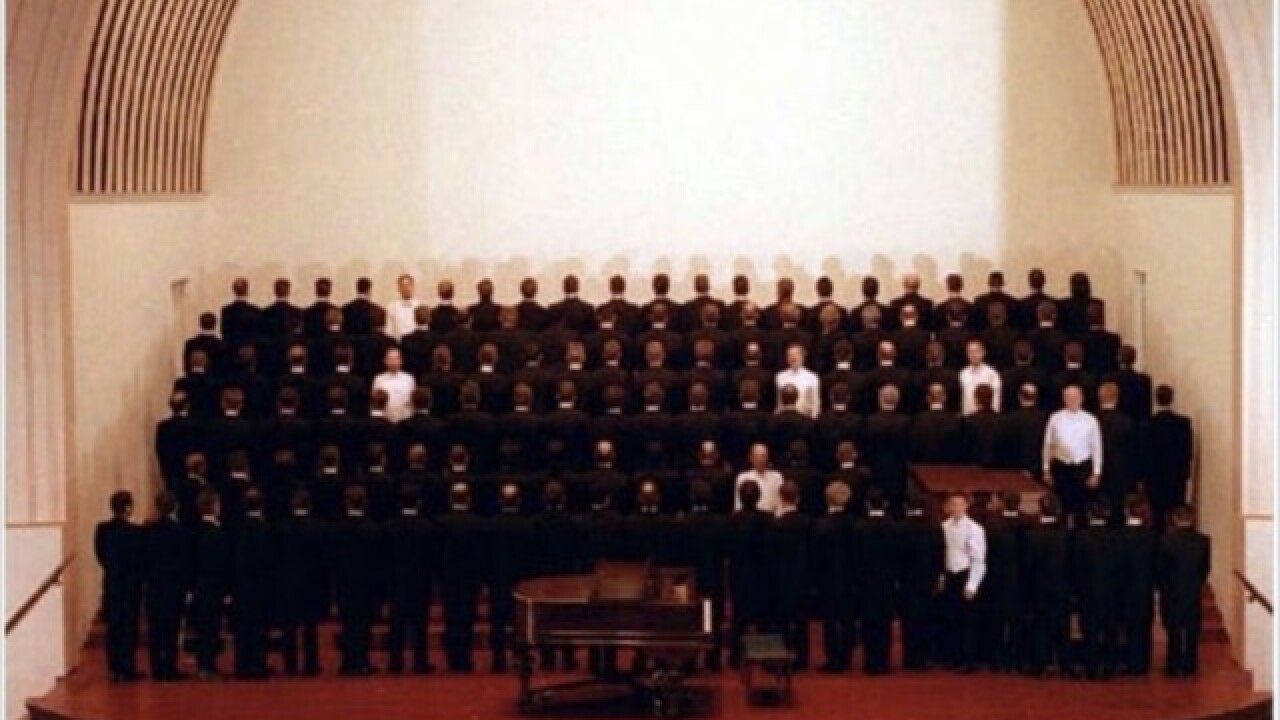 Or look at the AIDS Quilt.

Per the aidsquilt.org website, “The Quilt was conceived in November of 1985 by long-time San Francisco gay rights activist Cleve Jones. Since the 1978 assassinations of gay San Francisco Supervisor Harvey Milk and Mayor George Moscone, Jones had helped organize the annual candlelight march honoring these men. While planning the 1985 march, he learned that over 1,000 San Franciscans had been lost to AIDS. He asked each of his fellow marchers to write on placards the names of friends and loved ones who had died of AIDS. At the end of the march, Jones and others stood on ladders taping these placards to the walls of the San Francisco Federal Building. The wall of names looked like a patchwork quilt. Inspired by this sight, Jones and friends made plans for a larger memorial.”

Looking up how big it is now, the website reads, “As of June 2016, The AIDS Memorial Quilt is composed of more than 49,000 panels on 5,956 blocks (blocks are the twelve foot square building blocks of The Quilt seen at displays). Most blocks are composed of 8 separate panels, remembering the lives of eight individuals lost to AIDS.”

Here’s the AIDS Quilt laid out on the National Mall:

The scope of it all is just staggering. How much generational knowledge did the LGBT community lose in less than a couple of decades? Our elders, the ones who had survived far worse stigma, far worse violence, taken from us in silence. The Stonewall Riots were in 1969 — how many people who were there in those years of activism are with us still, and how many were taken before we even knew how badly we need them?

What’s the quickest way to kill a rebellion? It’s not taking away rights, or starving people, or punishing the ring-leaders. It is, and always has been, silencing human memory. When you take away those with knowledge, those with experience, those who gained scars in the name of their cause, the people left behind have no choice but to start over. It puts them at a constant disadvantage against the power.

Now, back to “Seasons of Love.”

Think about that song and realize that the LGBT community in those years were measuring their years in death, in funerals, in loss, in new diagnoses.

“In truth that she learned
Or in times that he cried
In bridges he burned
Or the way that she died.”

And it ends on the line, “Remember the love.”

It is a fucking miracle that the LGBT community held together in those years, and held together so strongly that they could lead the next generation in a new wave of rebellion and activism and change.

But that miracle? That isn’t a miracle given by a deity or some inhuman act.

I sang this song at the end of every stupid concert in middle school and high school and never knew. My sheltered life meant I barely knew of the existence of the LGBT community until college. I had NO IDEA the damage done to my own people, the ordeal with which my would-be peers and leaders and elders had been faced.

And yet the song begs you to try. It begs you to measure life in love, because that’s the only thing that matters, the only way forward, the only light in the darkness.

And then, tellingly, it ends. It doesn’t end triumphantly, with a grand final chord and a golden sound. It ends abruptly, softly, into silence.

For me, it’s the silence of the question to which I still have no answer.

How do you measure a year?

How do you measure a life?

What will you remember?

3 thoughts on “Seasons of Love”