I did get a neat picture with my phone during the eclipse — the clouds parted just in time: 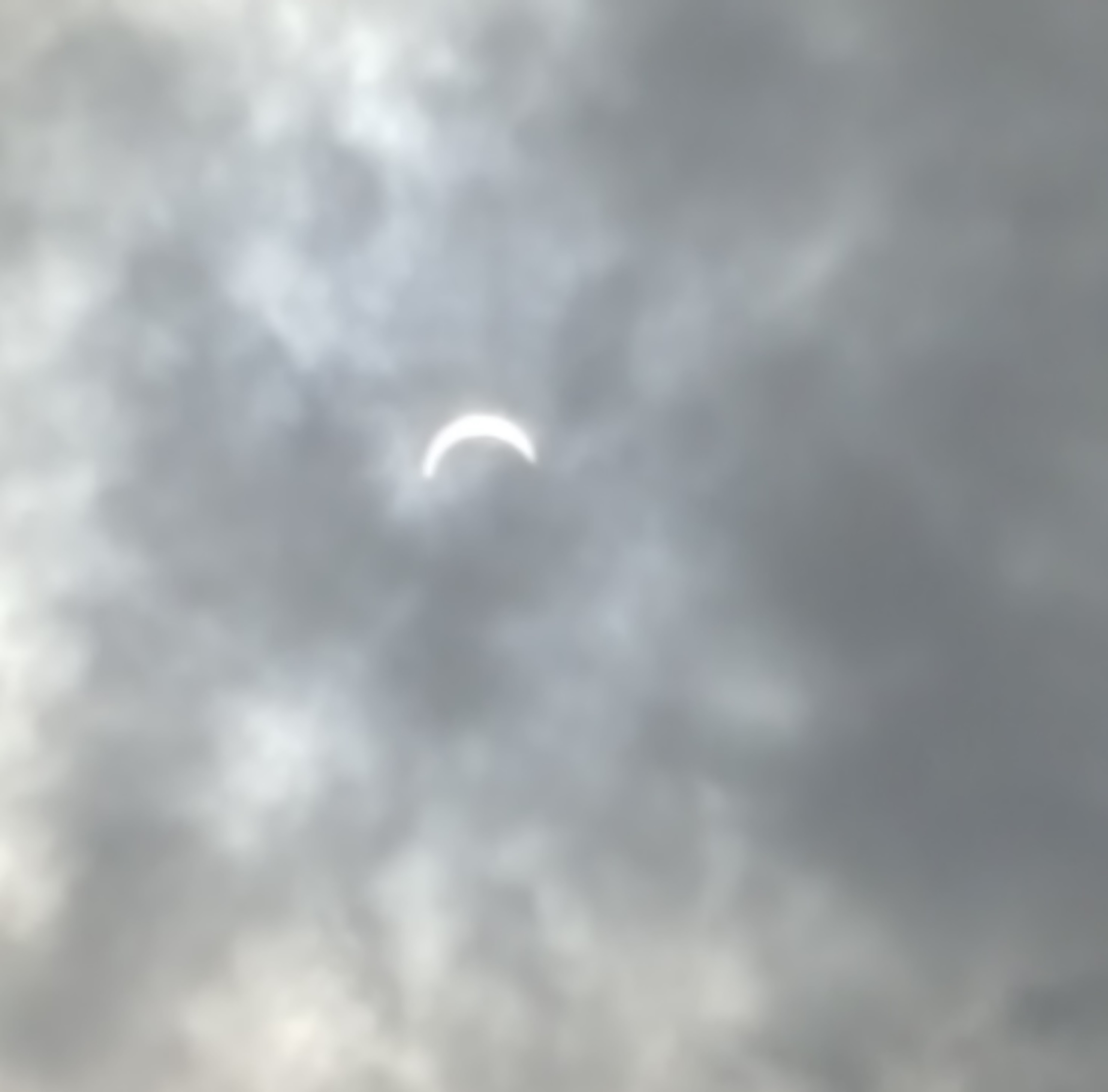 I wanted to say, for those 6 people who read this site, that I’m sorry for not posting and I’m sorry for spamming all the backdated stuff.  This is nearly the last of it.  See, I realized at some point that my lack of posting was actually making it harder to post, and it went around and around until even considering typing out an entry was overwhelming.  So the only way to get through it, I decided, was to sit down and remedy the whole situation all at once before I could talk myself out of it, and then I wouldn’t have a great 3-month void to contend against going forward.

Writing this year has been hard.  I’ve done well in bursts, but not well overall.  I can finish short works, or I can alternate between works, but sustaining writing has been tough.  In July I started another original novel, but I gave it up a week or two ago and put it on the back burner.  However, that decision did seem to help and I’ve written more consistently since then, working on a short fanfic novel.

I also stepped away from Twitter for the same duration of time I stepped away from this blog.  There was just too MUCH there.  Too much anxiety, too much ugliness.  And I couldn’t balance the world on my shoulders while stumbling over marbles, so I put the marbles away to focus on the weight that really mattered.  It helped.  My anxiety and my distraction-prone lack of focus decreased significantly.

I’m back to the blog now, and I hope to keep at it.  I’m back to Twitter only in bursts when I really feel like I can keep it compartmentalized and away from the rest of my head.  But the writing will always come first.  And if it’s a choice between writing a chapter and writing a blog entry, the chapter will win every single time.

Still, I’ll try to do better.

This whole year has felt like an eclipse, like there’s just a deep shadow that blocks out light and energy and everything else.  Maybe it’s temporary, and then we get some light back, but those moments of darkness feel endless.

Art is my lantern, keeping the warmth and light alive until the shadow passes over.

Time to light the lantern once more.