I had a scare with my job status at work this week.  It might have been a one-time thing or it might be the first tremor of an earthquake to come — in which case I apologize in advance if blogging gets even wonkier than usual.

I think most people know that feeling of being blindsided, of a massive, world-changing problem hitting them from out of nowhere.  And even if it resolves itself, there’s this near-miss terror that clings long after the strike has passed, the shaky post-panic of what might have been.

There is nothing about either side of the scenario, the initial blow or the after-effects, that is easy to handle.  For anybody.

I’ve tried many means of coping, but this week I turned to meditation to get me through — and it made all the difference.

I first learned to meditate on accident.  No, seriously, I did.  Meditation was a word I knew, but not a thing I understood or had even had explained to me as a kid.  It was something other people did, people far away in a different world.  But the whole time I was growing up, sometimes I would just need to disappear for a while.  To turn inward and let the world pass from my mind.

In the late 90’s there was a series of CDs released called the “Pure Moods” collection.  It was the kind of album that was regularly advertised on late-night television.  But I was entranced by the quiet, soothing, songs, the rhythms that mirrored a heart-beat and the melodies not meant so much for singing along as for creating a quiet place to exist inside the music.  I became addicted to a few particular songs on the first 2 “Pure Moods” CDs, putting them on endless repeat particularly on long car trips.  I would close my eyes and fall away into the undemanding ambient sounds.

I basically taught myself to meditate to that music.  It took me a long, long time before I could sink into the peace of an empty brain devoid of racing thoughts and fears, but I found that I felt much better, happier, more myself, after doing so.  It probably helped that my history of singing (and asthma) had given me a deep knowledge of my breathing, and I approached it as I approached all things by slowing my breath and letting it carry me along.  I alternated between embracing nothingness of thought and visualizing specific things, depending on what I needed.  I taught myself to fall away into serenity, and to carry that serenity with me when I needed it in the waking world.

It was much later that I actually learned about meditation, building on what I had created for myself and refining it to a more common version; I don’t think most meditative practices involve visualizing flying through a nebula, but I sure did before I knew any differently.  It was even longer until I learned about mantras or focus objects or how very widespread the practice of meditation is, with various flavors, in so many world religions and philosophies.

Unsurprisingly, my path to meditation was not so different from many others trod thousands of years before me.

When I find that I am starting to sleep poorly at night, when I have trouble focusing on things that normally give me great joby, when I can’t stop the mental twitchiness of concentrated anxiety, I turn back to meditation.  Even in the middle of the day, even for no more than a minute.  A moment of stillness, of mindfulness, it can be more restoring to my mind and my body than an hour-long nap.

I generally meditate in three different ways, depending on what I need the most.

First is the kind of meditation that is easiest to do anywhere, for any period of time.  It is silent and involves only my own head.  I close my eyes and I visualize a circle.  I mentally trace the circle clockwise, around and around, until there is nothing at all in my awareness but the shape of the circle.  Then I let it go and settle into true quiet.  I practice this sort of meditation every time I’m waiting for something and need to relax, like right before an appointment at the chiropractor or when about to go on stage.

Second is the meditation I taught myself way back as a kid, the kind tied to music.  There are lots and lots of songs that work for this, but the two which have always, always worked for me are “The Cradlesong (DaWa)” (remix) by Sacred Spirit and “Leaves on the Seine” by David Lanz.  The former is not what most people would reach for in order to induce quiet and peace, I think.  It has a lot going on in it, from singing and drums to a cello line that weaves throughout the peace.  But that was the first song I ever trained myself to meditate to, and when I drop into it, I drop completely.  I can put that song on repeat and by the 2-minute mark my mind is empty and I am elsewhere and nowhere.  The David Lanz piece is one I discovered at summer camp around the same time.  It’s a quiet piano melody that is more in line with other meditation music, though it has its own shape and structure, too.  Between these two songs, whichever is needed at the time, I have everything I need to block out the world and seek silence.

Third is the only meditation that has ever worked for me with chanting a mantra.  I think it’s because I’m a singer — it’s incredibly, incredibly hard for me to speak or sing something and turn my brain off.  I’m supposed to keep my brain sharp when singing!  But there is one I actually sang in concert with the TCWC and it carried me away from the first time we rehearsed it.  I think you can settle into any part of the song as a mantra, but for me, I’ve always felt the most connected to the chant of the goddesses’ names that opens it.  This is the TCWC’s version of “Ancient Mother”  (and I might be singing on this track — I don’t remember).  Sometimes the names are a bit of a tongue-twister, but once I got them down, they just flow out of me.

When I had my job scare in the office, I grabbed my iPod and turned to Ancient Mother.  I didn’t sing out loud — that would NOT have helped — but I mouthed the names several times.  I cycled through “Leaves on the Seine” and “The Cradlesong” too, letting them pull me farther and farther away from everything that was tearing at me.

By the time the meeting came around which could have gone so, SO badly, I was calm.  I was no less concerned about the safety of my position or my income, but I was level-headed.  I was fully myself, rational and not driven by anxiety.  I could speak like myself, I could maintain my perspective and my ease.  I faced the possibility of disaster as if it were no different from a chat over coffee and Diet Coke.

In the end, the job thing is going to be okay.  But even if it isn’t, even if things take a sudden turn for the worst, I’ll be okay.  I actually can handle the worst, even if it doesn’t feel like it all the time.

And if I can’t, if I face a moment where I just cannot pull my head and my heart together to cope, I’ve got an endless, restorative silence inside where I can find it.  A deep ocean of peace and serenity that gives back all the things that fear and uncertainty steal.  It’s no farther than the inside of my eyelids.

Meditation doesn’t necessarily work for everyone, and it doesn’t work for everything (for example, meditating in the middle of a house fire is probably not wise), but it works for me when I need it.  And to think!  I might have taken a lot longer to get onto this path if it wasn’t for late-night commercials playing lovely, soothing music to an angsty kid.

It just figures that my late-night insomnia as a kid led me to a practice which has helped me avoid insomnia as an adult, to say nothing of preventing panic when the world falls apart.

Good job, kid me.  And thanks. 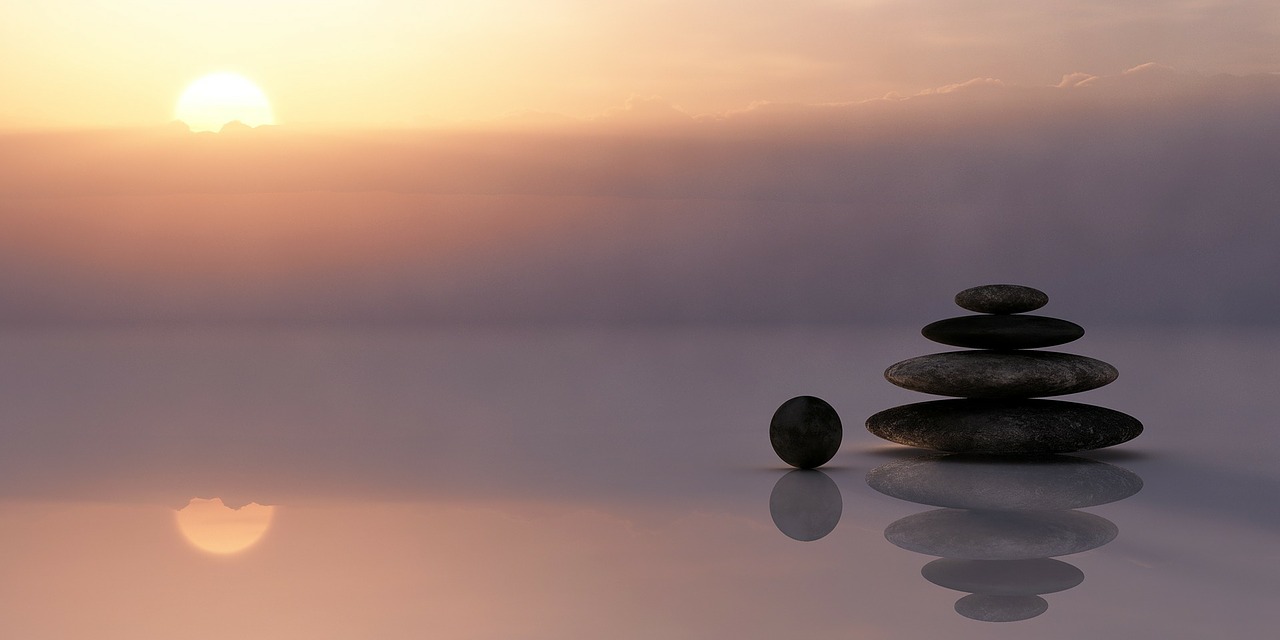