Since I forgot to put up a post last week and I haven’t had time to think of anything particularly clever this week, have a few pictures of our cat, Kiba: 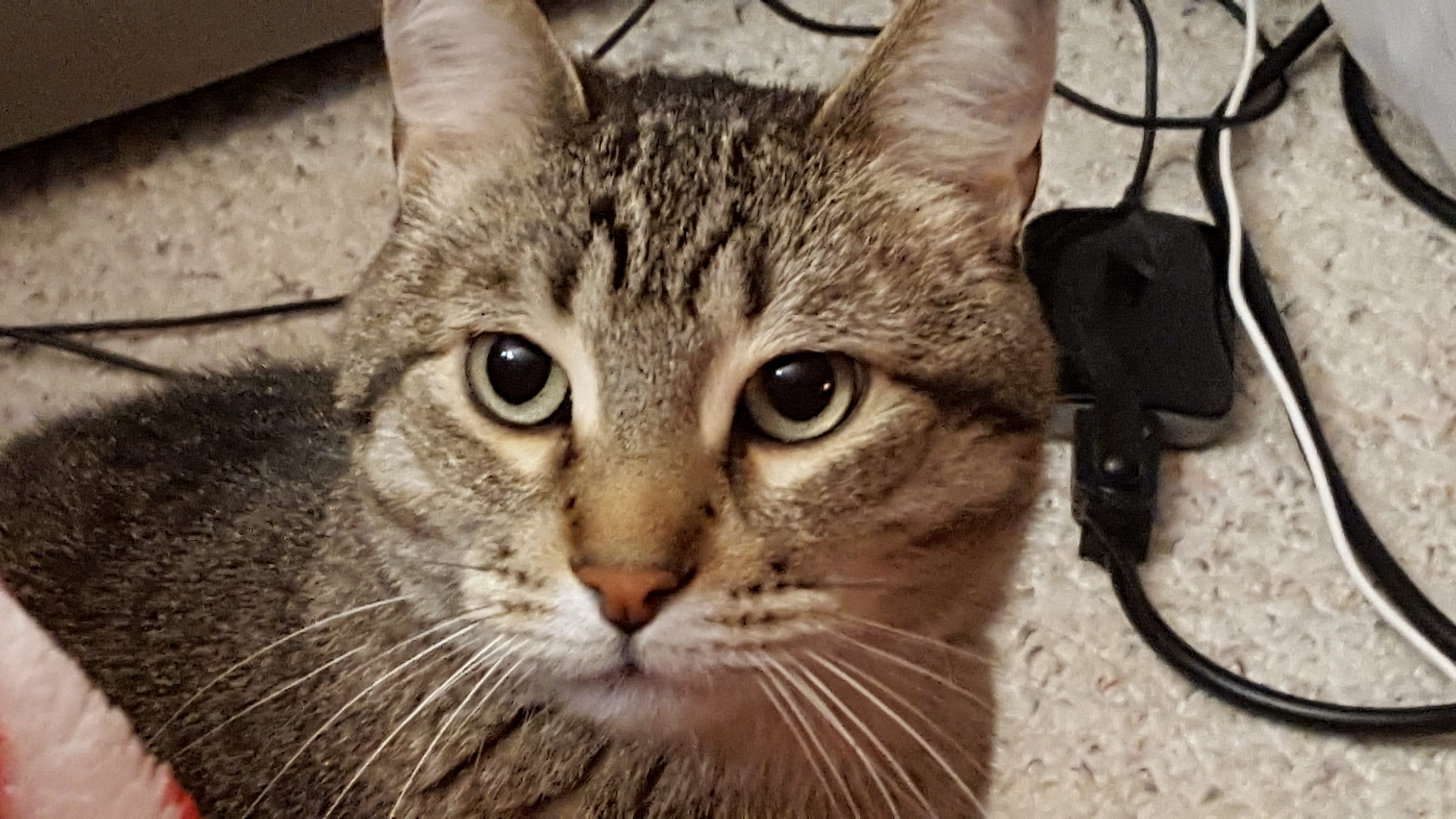 Kiba is about 4 and a half years old and he was a shelter cat we added to our house in the winter of 2015.  He’s big into sleeping on my stomach, sleeping on my lap, sleeping against my leg, and otherwise sleeping somewhere he can lean on me.  He’s also our resident hunter who happily kills and eats any bug he can reach and — rather memorably — any mice he finds in the basement. 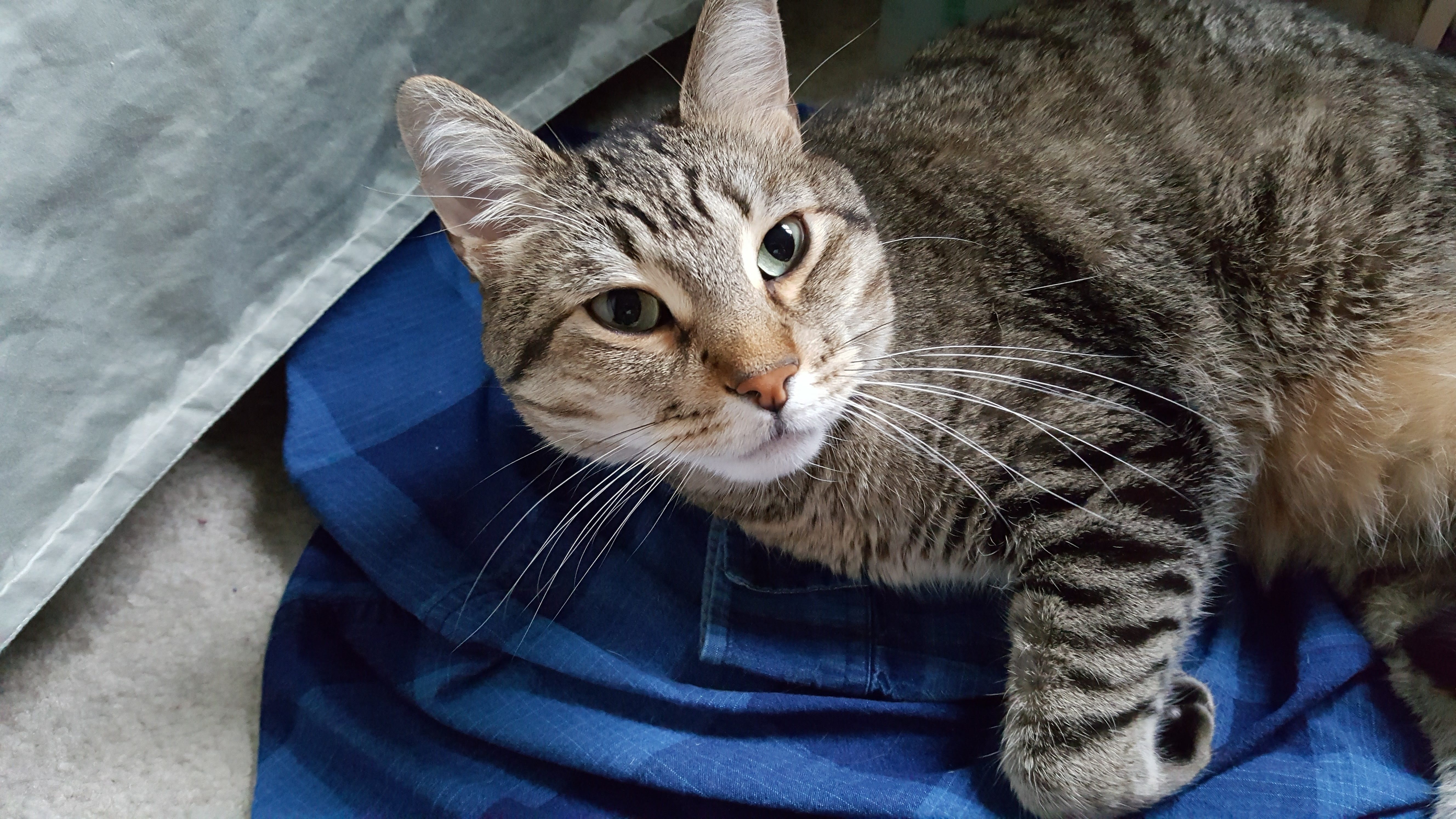 He would also like you to know that he does not appreciate being woken up from a nap in the sun on top of Sarah’s flannel shirt just for a picture, no matter how cute he is. 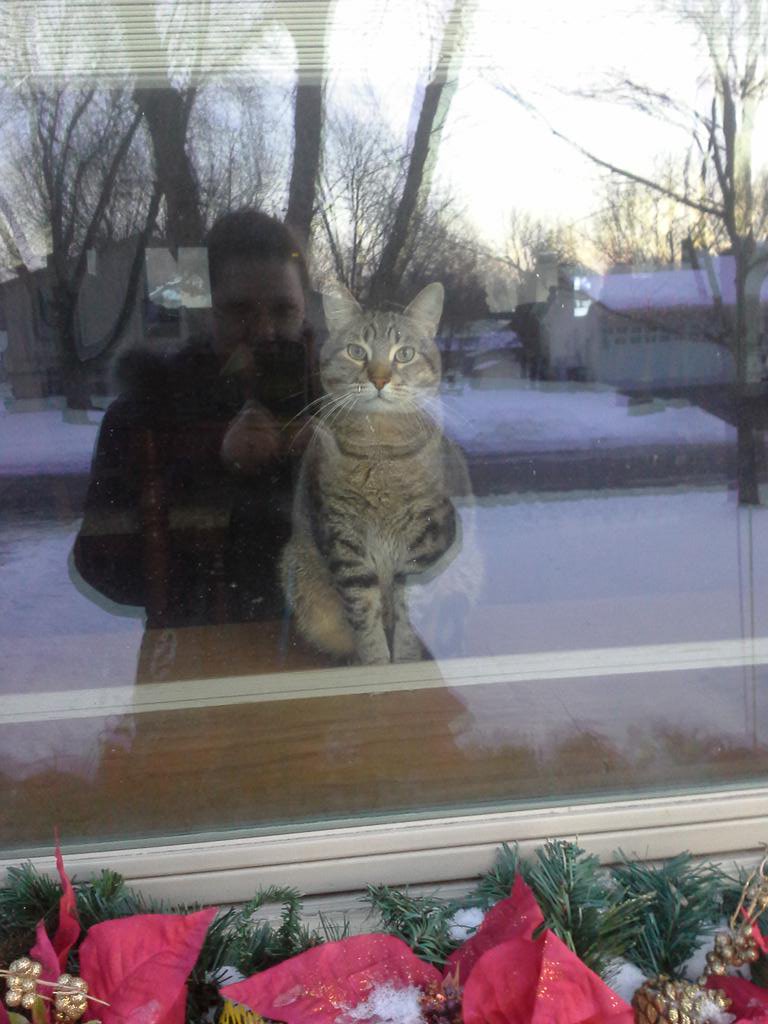 Kiba spends a lot of time on this window-seat chittering and meowing at the world and everything in it.  And when there are birds or squirrels or butterflies or rabbits or bees or basically anything that moves that he might be able to eat, he will tell you, quite loudly, that he is entirely prepared to eat them…if only the stupid humans would open the window to let him get at them!

And a bonus picture of our older cat, Maia: 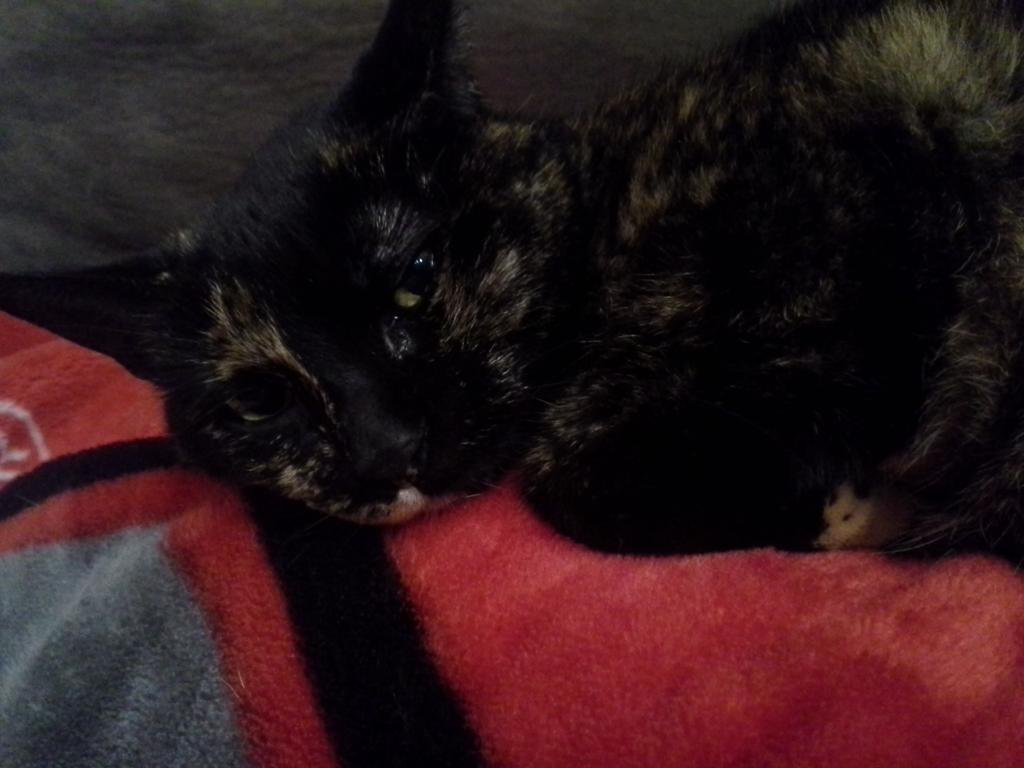 Maia has been with us since the summer of 2005 when she was a year and a half old, making her our darling old lady kitty.  She is…not what I would call “fond” of Kiba in any traditional sense, but she absolutely LIVES to chase him around and pretend to bop him with her little paws.  Kiba outweighs her by something like 3.5 pounds, but she is definitely the boss around the house.

Of note?  It is NOT easy to not only try to keep Kiba in frame, but keep Maia OUT of frame and NOT starting one of her little dominance standoffs with him!  That relief at the end?  That was absolutely genuine.  And I’m never trying to record a song with a cat EVER AGAIN.

Though the bloopers were hilarious.  One day I’ll make a supercut of them.  You know.  Someday.  Eventually.  Sooner or later.  I hope.